Being Soul Sad For My Church

There have been few times in my life when I have been truly soul sad. As a Pastor, I have stood by the bed of dying patients and encouraged them to hope in Heaven when earth offered them none. I have held the hands of mothers when their cries had no comfort, because the terminally ill child in their arms would be the pain of unfulfilled dreams. I have listened to the hurt of children betrayed, seen the terror of marriages destroyed by temptation, and cried when good people have made devastatingly bad choices. For these my soul has hurt, being soul sad is a state in which you mourn for something you have lost knowing it can never be replaced and its loss will change the very fiber of your life.

I was soul sad when my father died at the age of forty and left a thirteen year old son to make it on his own. I knew my life had changed and nothing in life would ever fill the void. Over the years I have missed so much in life he could have shared with me or taught me. When they closed the casket on my mother’s face my brother and I knew the family was forever changed and no matter what we taught our children they would never know the richness of the home we had once known. We were soul sad.

I felt the deep loss of being soul sad this past week when the belief and dedication to the Bible died in the Presbyterian Church USA. The death had been coming for quite some time, but finally it came to a vote. A simple vote over whether the Bible was to be obeyed or whether we as a people could determine, apart from the scripture, what was right or wrong. The focal point was the amendment changing the definition of marriage. Jesus had declared marriage to be when a man left his father and mother and clung to his wife. The church now describes that as being any two consenting adults, traditionally a man and a woman.

Last week it became our Presbytery’s time to vote, not that our vote would matter, the manipulators and schemers had, during the General Assembly Meeting last July, already put into effect the Authoritative Interpretation that negated any real power to divert or correct the plunge of the Presbyterian Church USA into apostasy. However, it was the final shot we could fire in the war against those determined to steal the church, denying its history, and corrupting its faith. We had to try, but sadly when the time to fight came, only two pastors stood to raise the flag of objection. With a final vote of sixty favoring the amendment to change the definition of marriage, the faith and convictions of the forty-two commissioners voting against were discounted, no longer heeded as being valid or desired in the future of the progressive church. I knew then what I spoke on the floor of the Presbytery was a prophesy which will be fulfilled.

I said to them, “It is a sad thing that we are called to take a vote on the validity of changing the definition of marriage. I want you to look around, look at your friends gathered here to constitute the Charleston-Atlantic Presbytery. No matter what way you vote this day, you will be saying good by to some of them, because they believe strongly whether they are Progressives or Traditionalists. This vote will draw the lines of separation. If this amendment passes, traditionalists will be pushed away by Progressives who will eventually invoke the same rationale that caused Walter Wynn Kenyon to be rejected for ordination in 1974 after the Pittsburgh Presbytery had voted to ordain him. His sin was that he found no justification for the ordination of women, and while he would support the action, he would not participate in such an ordination. The vote was appealed and the General Assembly PJC (Permanent Judicial Commission) ruled “the denomination must deny ordination to anyone who refuses to follow explicit constitutional expectations: “Neither a synod nor the General Assembly has any power to allow a presbytery to grant an exception to an explicit constitutional provision…” This will be the standard of the PCUSA and whether Progressives or Traditionalists win here today or in July someone will be pushed out. So with a sad and heavy heart, realizing we have put the idol of sexuality into the middle of the sanctuary as was done in the days of Ezekiel, the prophet (chapter eight). I bid some of you farewell, because I can not embrace the heresy and un-Biblical nature of this amendment. I most likely will not worship with some of you again in this life, I will be pushed out for my stand, it is the nature of our foolish humanity, but I sincerely pray the Lord will be more forgiving than we will, and maybe we will be allowed to worship together again in Heaven.”

I spoke those words with great sadness and humility knowing the truth of the prophesy I had set forth, because I had been in Savannah Presbytery at the meeting when Hull Memorial and Eastern Heights Presbyterian Churches began the movement to withdraw to form the Presbyterian Church of America. I understood the hurt and loss of fellowship coming out of such a decision. I fear for the life of the remaining Churches, for pastors and elders who believe they can appease the demands of this movement, for those who will be forced to compromise their values, and for Christians in America who have lost something precious. I know when Christians deny the authority of scripture to conform to society, it will be continually easier for them to deny Jesus and acquiesce when confronted by the demands of liberality. I am concerned because few other movements have been so vindictive and revengeful as those pushing the marriage agenda in demanding that their rights be met at the expense of the faith of others. They have been self-centered in their demands for acceptance while continually denying the faith and practices of fellow Christians as being hateful and exclusionary. They have successfully utilized practices of propaganda and innuendo to silence any who honored the traditions and truths the Church has held for over two thousand years, making believers objects of scorn.

The one true thing the old Southern Presbyterian Church, the PCUS, brought to the PCUSA was a profound belief in the Scriptures and a trust in the Scripture alone, and although it took forty-two years for the Progressives to erode the conviction and belief in the Bible as the authoritative Word of God, they have finally succeeded and the Church I have loved has become a social institution dedicated to listening to the desires of the unrepentant rather than serving the purposes of Jesus. The Presbyterian Church USA no longer has a foundation based on a true belief and acceptance of the Bible as the rule and guide to faith. Thus the church has become rudderless and will be blown by the winds of time and desire a simple civic club dedicated to the cause of the day. I am soul sad because the church which was trying to be good and honorable, to accept and love the lost, has forgotten the role repentance and remorse has to play, balance has been lost and never again will the PCUSA be able to proclaim a true witness to Biblical integrity. A void has been created, values have been swept away, honor has been lost and lives will never be the same.

Because of what I witnessed in Savannah Presbytery during the PCA split I had pledged never to be part of such a schism, to remain loyal to the Church I was ordained to serve. I am free from my vow since it can no longer be kept, but I am soul sad because I must find a new witness and define for me a committed direction, my Church no longer holds as inviolate Biblical standards and I along with others who believe, will soon be pushed out. However as when my father died, Jesus did not desert me nor leave me comfortless, I rest assured He will not fail me now. May God bless us all. 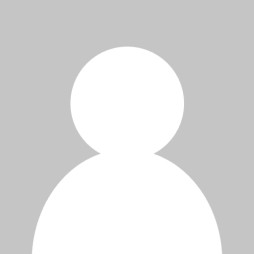